After tracking seismic shifts, researchers Rob Reilinger and Mike Floyd in EAPS say a major quake may occur off the coast of Istanbul.

When a segment of a major fault line goes quiet, it can mean one of two things: The “seismic gap” may simply be inactive — the result of two tectonic plates placidly gliding past each other — or the segment may be a source of potential earthquakes, quietly building tension over decades until an inevitable seismic release.

Researchers from MIT and Turkey have found evidence for both types of behavior on different segments of the North Anatolian Fault — one of the most energetic earthquake zones in the world. The fault, similar in scale to California’s San Andreas Fault, stretches for about 745 miles across northern Turkey and into the Aegean Sea.

The researchers analyzed 20 years of GPS data along the fault, and determined that the next large earthquake to strike the region will likely occur along a seismic gap beneath the Sea of Marmara, some five miles west of Istanbul. In contrast, the western segment of the seismic gap appears to be moving without producing large earthquakes.

“Istanbul is a large city, and many of the buildings are very old and not built to the highest modern standards compared to, say, southern California,” says Michael Floyd, a research scientist in MIT’s Department of Earth, Atmospheric and Planetary Sciences. “From an earthquake scientist’s perspective, this is a hotspot for potential seismic hazards.”

Although it’s impossible to pinpoint when such a quake might occur, Floyd says this one could be powerful — on the order of a magnitude 7 temblor, or stronger.

“When people talk about when the next quake will be, what they’re really asking is, ‘When will it be, to within a few hours, so that I can evacuate?’ But earthquakes can’t be predicted that way,” Floyd says. “Ultimately, for people’s safety, we encourage them to be prepared. To be prepared, they need to know what to prepare for — that’s where our work can contribute”

Floyd and his colleagues, including Semih Ergintav of the Kandilli Observatory and Earthquake Research Institute in Istanbul and MIT research scientist Robert Reilinger, have published their seismic analysis in the journal Geophysical Research Letters.

In recent decades, major earthquakes have occurred along the North Anatolian Fault in a roughly domino-like fashion, breaking sequentially from east to west. The most recent quake occurred in 1999 in the city of Izmit, just east of Istanbul. The initial shock, which lasted less than a minute, killed thousands. As Istanbul sits at the fault’s western end, many scientists have thought the city will be near the epicenter of the next major quake.

To get an idea of exactly where the fault may fracture next, the MIT and Turkish researchers used GPS data to measure the region’s ground movement over the last 20 years. The group took data along the fault from about 100 GPS locations, including stations where data are collected continuously and sites where instruments are episodically set up over small markers on the ground, the positions of which can be recorded over time as the Earth slowly shifts.

“By continuously tracking, we can tell which parts of the Earth’s crust are moving relative to other parts, and we can see that this fault has relative motion across it at about the rate at which your fingernail grows,” Floyd says.

From their ground data, the researchers estimate that, for the most part, the North Anatolian Fault must move at about 25 millimeters — or one inch — per year, sliding quietly or slipping in a series of earthquakes. 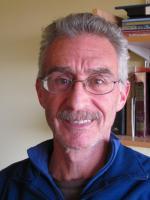 Reilinger’s research has focused on using geodesy, primarily the Global Positioning System (GPS) and Interferemetric Synthetic Aperature Radar (InSAR), to observe crustal motions and deformations. His earlier studies were directed to the southern San Andreas Fault and other tectonically active areas of the western US. His subsequent research has principally involved the Arabia-Africa-Eurasia plate system and “greater” Mediterranean region.