Hager 2013 Lehmann Medal: A Citation and a Response

Read this story in EOS

Bradford H. Hager was awarded the 2013 Inge Lehmann Medal at the AGU Fall Meeting Honors Ceremony, held on 11 December 2012 in San Francisco, Calif. The medal is for “outstanding contributions to the understanding of the structure, composition, and dynamics of the Earth’s mantle and core.”

In the post–plate tectonics world, efforts to map the structure of Earth’s interior broadened to include a growing preoccupation with the underlying dynamics. Students of global geophysics recognize the important role that previous recipients of the Inge Lehmann Medal played in this effort, but they would also understand the reasons that Bradford Hager of the Massachusetts Institute of Technology must be included in this honored list. Brad has been a central figure in mantle dynamics for the last 30 years, responsible for many fun- damental advances in our understanding of mantle structure and flow and their connec- tion to the geological record.

Beginning in the early 1980s, Brad’s development of kinematic and dynamic models of global mantle flow provided a new framework for numerical simulations of mantle convection that remains at the heart of modern global geophysics. His inspired research moved the field away from the two-dimensional Cartesian models that emerged following plate tectonics toward global models that could be related to seismic and rheological structure and directly compared to global data sets. The list of Brad’s contributions dur- ing this period remains a critical part of what many believe was a golden age of research in mantle dynamics.

As a graduate student at Harvard working with Rick O’Connell, he demonstrated that seis- micity along subducted slabs was inconsistent with the prevailing view of layered mantle flow, and his argument for whole-mantle con- vection remains a foundation of global geophysics. Later, at the California Institute of Technology, he and Mark Richards elucidated the connection between mantle convection and Earth’s geoid, in particular the physics associated with dynamic topography and mantle viscosity. Their inference that mantle viscosity increased significantly from the upper to lower mantle boldly challenged conventional thought, and it has prevailed.

Brad’s contributions to mantle dynamics have continued unabated. His model for mantle compositional stratification, developed with Louise Kellogg and Rob van der Hilst, catalyzed debate on the nature of mantle thermochemical structure. Furthermore, his argument with Gene Humphreys that a Rayleigh-Taylor instability in the lithosphere

was responsible for the origin of the Transverse Ranges in Southern California is a seminal example of research at the interface between mantle flow and the geological record. Moreover, working with Clint Conrad, Brad demonstrated that plate-bending stresses at subduction zones play a critical role in plate dynamics and the overall driving force for plate tectonics. This last example leads me to add another important contribution, namely, that Brad’s students and postdocs, including Mark Richards, Scott King, Mike Gurnis, Mark Simons, Clint Conrad, Lindy Elkins-Tanton, and Brendan Meade, have moved on to notable careers in the advancement of our discipline.

Most citations are to some extent personal, and this one is no exception. I will always remember Brad’s generosity over 20 years ago, at a meeting in Erice, when he sat with a graduate student for two hours and discussed a research problem with patience and deep physical insight. Thanking him for this act of graciousness toward a young student and honoring him with this major award from our entire community are both overdue.

Thank you, Jerry, for your very kind words. I am delighted, surprised, and honored. I have been very lucky to be in the right places at the right times and with the right people all my career. I can’t think of another person blessed with as many exceptionally talented and passionate students and postdocs as well as fantastic faculty colleagues. I wish that I had the space to do each of you justice here. Thank you all.

I entered graduate school at Harvard during a singular time. My fellow students, includ- ing Ed Stolper, Tim Grove, Andy Knoll, and Hap MacSween, both challenged and taught me. Among other gifts, they gave me a practice general exam that made the real exam seem easy. In addition to handing me an outstanding thesis topic, Rick O’Connell ran a seminal seminar on mantle dynamics in which faculty, postdocs, and grad students contributed as equals. Four future Lehmann Medalists were there, including Rick, John Woodhouse, and Barbara Romanowicz, so I got a chance to romp with the big dogs. Adam Dziewonski made me feel like an apprentice big dog myself, including me as second author on his first paper presenting a global tomographic model, fixating me on the challenges of reconciling seismology, geodesy, and geodynamics.

Summer schools provided more chances to engage; Adam, Enzo Boschi, Keith Runcorn, and Nafi Toksöz provided pivotal opportunities during my formative years. I hardly deserve mention for spending a couple of hours with you in Erice, Jerry—I got more out of picking the brains of an up-and-coming star than you got from me.

At Stony Brook I absorbed the importance of mineral physics from Bob Liebermann and Don Weidner, as my good fortune learning from future Lehmann medalists continued.

At Caltech’s Seismo Lab, I felt like a kid in a candy store! Coffee hour discussions with Don Anderson, Hiroo Kanamori, Don Helmberger, and a brilliant cohort of students were exquisitely stimulating. Working with Rob Clayton and Gene Humphreys, as well as with Adam during his sabbatical, on the geo- dynamical implications of their astonishing tomographic models provided a downright mystical experience. Their tomographic mod- els set the stage for Mark Richards and me to develop a dynamically consistent explanation of Earth’s geoid in terms of mantle flow.

Another stroke of good fortune was the advent of GPS—at last I could do physics out- side! Tom Jordan provided me a new candy store—MIT—where Tom Herring, Peter Molnar, and others were initiating GPS studies of regional tectonics. I frolicked with them and others, measuring mountains being built
and earthquake strain accumulating and releasing.

Finally, I note how special it is to receive AGU’s medal honoring Inge Lehmann, not only because her discoveries ranged from the inner core to the uppermost mantle but also because she excelled at a time when women scientists were rare. I have been associated with bright, courageous women all of my life.

My brilliant mother was forbidden by her father to go to college because she was female. I wish that she could have seen me get an award named for a woman pioneer! She did see my wife, Patty, and our daughters, Emily and Anna, experience the joy of academic pursuits, knowing that they are free to run fast and far with their talents. I end by thanking all these women for inspiring me beyond geodynamics. 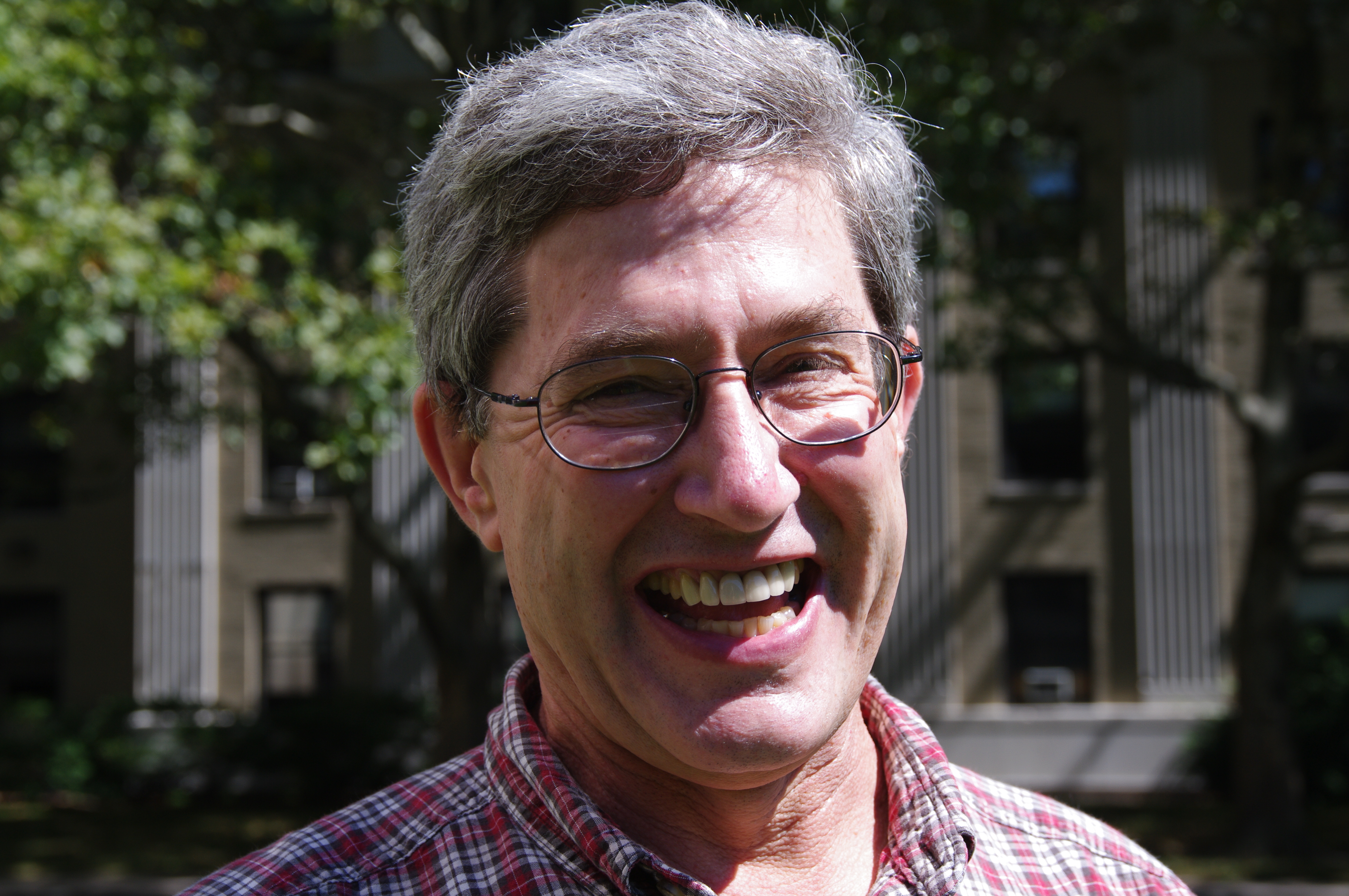 Seeing through the cracks MIT News