EAPS' congratulations to Emeritus Professor of Geochemistry Frederick Frey who is the 2014 recipient of the Distinguished Geologic Career Award of the Geological Society of America's Mineralogy, Geochemistry, Petrology, and Volcanology Division (MGPV). The award is given in recognition of an individuals lifetime contribution in one or more of the division fields, with particular emphasis on multidisciplinary work in the field. Complementing this award Frey is additionally named a fellow of the Geological Society of America.

The award will be made at the MGPV Reception (held jointly with the Mineralogical Society of America and the Geochemical Society) during the GSA's Annual Meeting, in Vancouver, British Columbia in October.

Over a career spanning close to 50 years, the central focus of Frey's work has been to better understand melting processes and melt migration in the Earth’s mantle through study of partial melts derived from the mantle and of samples of upper mantle rocks.

Frey served as an Associate Editor for Geochemica et Cosmochemica Acta and as President of the Volcanology, Geochemistry and Petrology, Section of the American Geophysical Union (2000-2002). An accomplished teacher, Frey taught “Trace Element Geochemistry” and “Analytical Techniques for Geochemical Analysis of Geological and Environmental Samples”.

Frey received his undergraduate degree in chemical engineering in 1960 and his doctoral degree in physical chemistry in 1967, both from the University of Wisconsin. He joined the MIT faculty in 1966, where he has remained throughout his career. 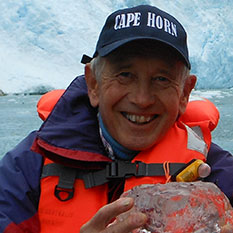