EAPS is an important contributor to MIT's energy and environmental initiatives, and our Earth Resources Laboratory (ERL) serves as the center for sub-surface science. ERL Director Rob van der Hilst describes current research and how the ERL brings together scientists and engineers from across MIT to study sub-surface reservoirs.

Satisfying the global demand for energy in a safe and environmentally responsible way is one of the great challenges of our time. Meeting this objective requires a balance of energy conservation, improved use of existing sources, and the development of new, ideally renewable, resources.

With fossil fuels –- coal, oil and natural gas -- providing more than 85% of all the energy consumed in the United States, research of Earth’s subsurface plays a key role in today’s energy business. In addition to finding and producing fossil fuels, subsurface reservoir science is needed for the optimal production of geothermal energy and for the safe sequestration of, for instance, CO₂ or nuclear waste.

Developing the expertise needed to understand, characterize, and manage subsurface reservoirs is the main research mission of MIT’s Earth Resources Laboratory (ERL). To meet the challenge, ERL integrates across several academic disciplines to bring together scientists and engineers from EAPS, Mathematics, and the Department of Civil and Environmental Engineering (CEE) to study the physical properties of the reservoirs and the fluids contained within. This integrated approach toward reservoir science  has applications in enhanced oil recovery, geological carbon storage, geothermal energy, and natural gas.

In working with subsurface reservoirs, whether the goal is to remove resources or insert waste products, considerable information is needed to proceed in a way that is efficient, economic, safe, and environmentally responsible. Specifically, we need to know (Figure 1):

One of the techniques we use at ERL is seismic imaging. We use three closely related methods to establish the structure of a reservoir and to monitor changes over time.

First, seismic tomography (a non-invasive image construction technique akin to medical computer aided tomography(CAT)) uses (arrival times or wave forms of) transmitted seismic waves to map smooth variations in propagation speed of the seismic waves. These variations are diagnostic of spatial changes in composition and the presence of fluids like oil, water, or gas.

Second, we use reflected (or scattered) elastic waves to detect and characterize contrasts in medium properties, such as those associated with oil-gas or sand-shale interfaces or with cracks near bore-holes or in fractured carbonate reservoirs (which are in situ proxies for permeability and flow).

Traditional exploration methods use wavefields generated by a specific “active” source (e.g., an explosion) and recorded by an array of seismic sensors. These active source experiments are expensive, and often unpopular—especially in densely populated areas. About 50 years ago, Keiiti Aki, MIT Professor of Geophysics from 1966-1984, found a way to eliminate the need for an “active” source when he proved that a signal can be extracted from the continuously generated “noise” of the motions in the atmosphere and oceans and from cultural activity (for example, city traffic). Indeed, long-term cross correlation of ambient noise observed at two receivers yields an estimate of the Green’s function—a mathematical description of the wavefield that would be recorded at one of the receivers if a point source were located at the other. Such “passive-source seismology” using interferometry, the study of wave interference, allows for a range of seismic imaging techniques that are less expensive than, and in some cases superior to, active source seismology. 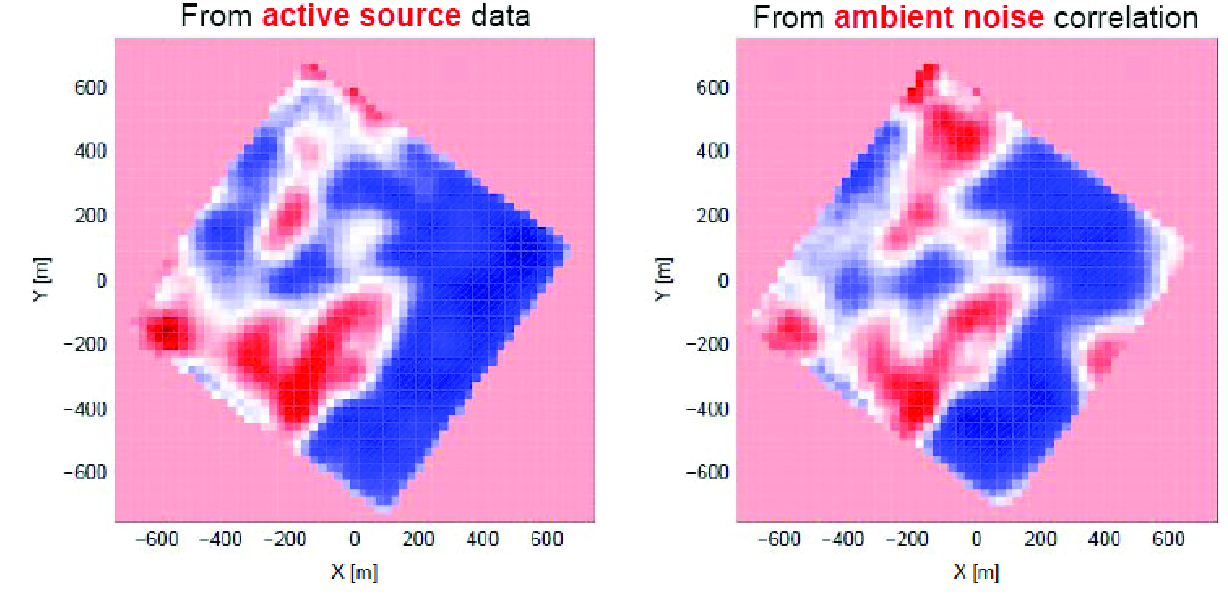 (Figure 2) shows tomographic maps of lateral variations in wave speed inferred from an active source experiment (left) and ambient noise analysis (right). In this case, the results are practically identical. This approach can be used to obtain initial results for frontier exploration of new regions without the huge upfront expense of active source experiments, and it allows inexpensive monitoring through construction of seismic images at regular time intervals.

We can use reflection seismology to characterize fracture systems in oil and gas reservoirs and in enhanced geothermal systems. This method of using waves that scatter from sharp contrasts, is the traditional ‘work horse’ of exploration geophysics.  At ERL we study how this method can be improved, both in terms of computational efficiency and in the detail with which structures can be resolved.

With the use of reflection seismology, great advances have been made in imaging complicated geological structures such as steep faults or the edges of salt domes (Figure 3a). 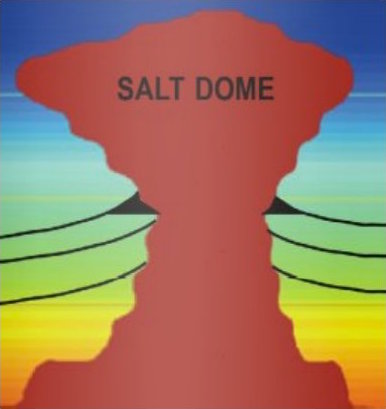 Salt domes, which are ubiquitous in the Gulf of Mexico, are important for exploration not only because they can form primary drilling targets like oil and gas traps but also because their structural complexity and the large property contrast with adjacent rocks pose enormous challenges for traditional seismic imaging.  At ERL we have been developing new methodologies for salt-flank imaging. Conventional imaging methods cannot capture the steep sides of salt bodies because singly reflected waves do not reflect from them, and seeing what is below a salt body is difficult because waves propagating through them get distorted. One line of ERL’s research involves  waves that reflect multiple times, for instance once at a horizontal reflector and once at the salt flank (Figure 3b). 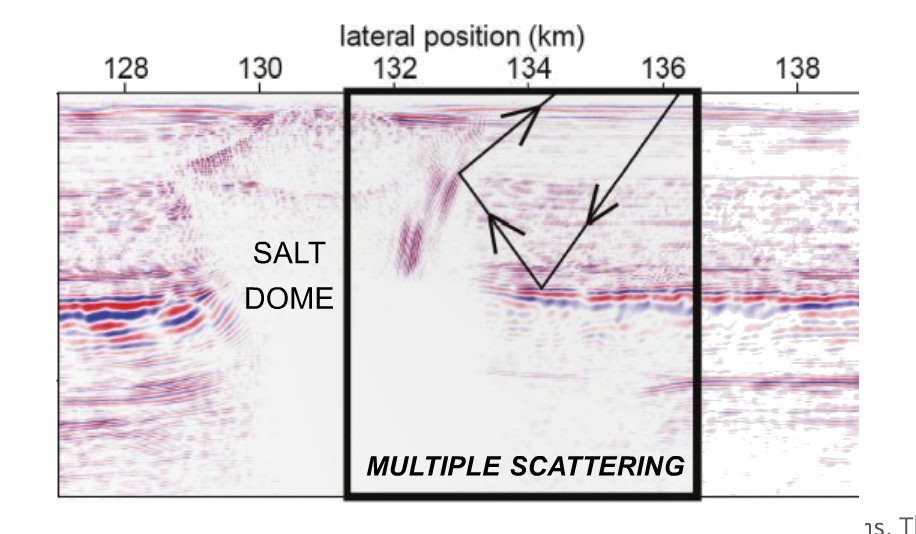 This approach is promising, but we need advanced mathematical research to solve this highly nonlinear inverse problem and to extract the weak signal associated with multiple reflections from the complex wave fields, and all at a reasonable computational cost.

Reservoirs deform in response to production activity. Indeed, the extraction of hydrocarbons or injection of water, steam, or CO₂ causes changes in stress within the reservoir, which can cause deformation (e.g. subsidence and compaction) and induce small earthquakes (Figure 4). This may interfere with the production process and cause societal concern. 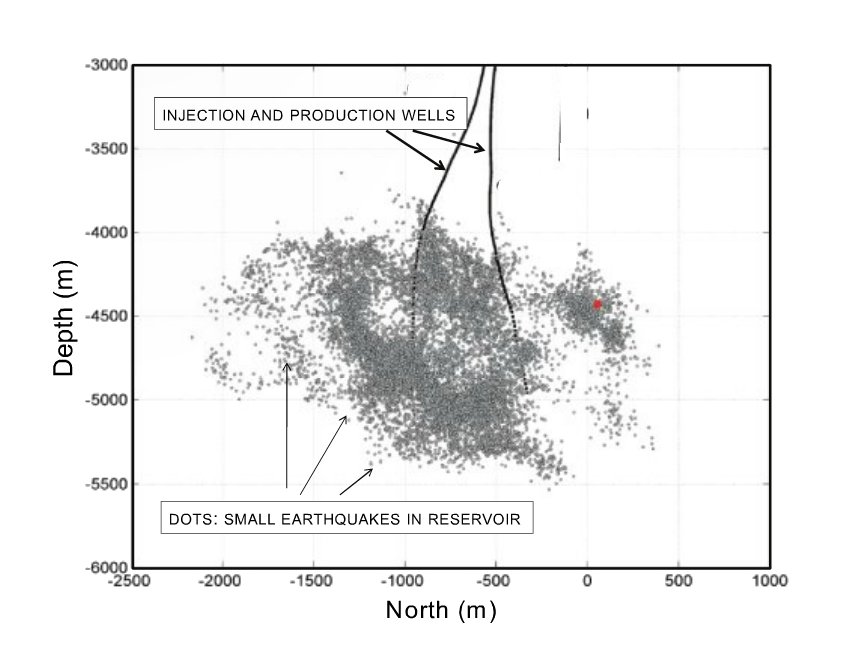 Monitoring these effects is increasingly important for optimal production and reservoir management. One method, known as time-lapse geophysical imaging, involves comparing snap-shot images taken over time. For instance, one can compare tomographic images of a reservoir or the position of Earth’s surface before and after CO₂ or gas injection. 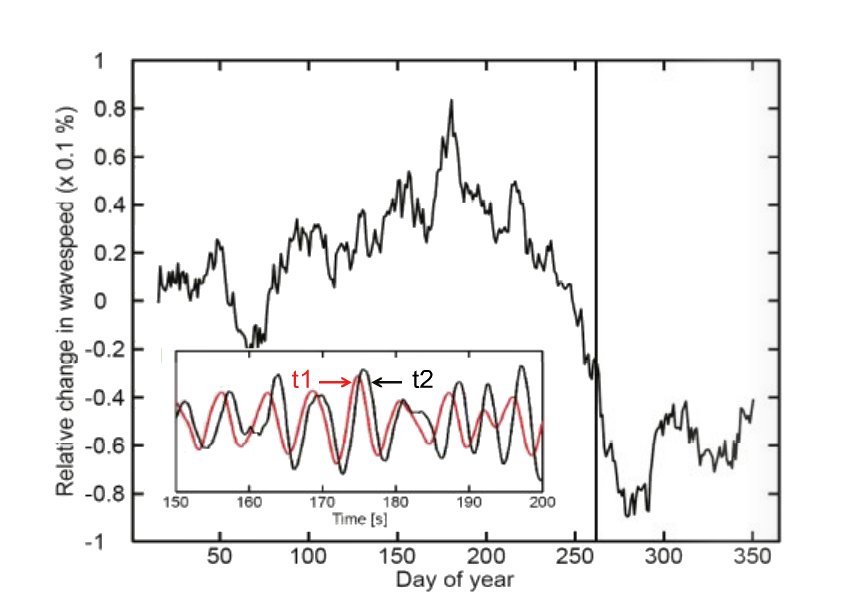 In the future, these modes of continuous monitoring will conceivably be done in, or near, real time, so that the information about changes in seismicity, in situ stress fields, and reservoir properties will be readily available at the finger tips of operators—thus providing a powerful control tool for reservoir management and optimization.

While I highlighted ERL’s seismology research in the context of subsurface energy science, the unique aspect of our approach to reservoir science is the combination of technical depth and integration across several disciplines and departments. ERL’s research in rock physics, fluid flow, non-seismic imaging and monitoring are vast. These topics, and their application to potential energy solutions like carbon storage may be the subject of future discussions.

If you are interested in learning more about seismology or any of ERL’s other fields of research I encourage you to visit us on the web and perhaps visit us for a tour! 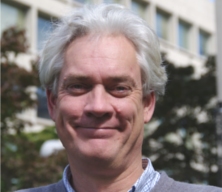 A Need for Fundamental Research

Fossil fuels, including oil, gas and coal, have powered the global economy for much of the 20th century. And although there are significant environmental and geopolitical motivations for looking beyond these fossil fuels, we must remember that they are likely to remain an important part of the energy portfolio for decades to come—at least until affordable renewable resources are produced at a sufficiently large scale.

With much of the “easy oil” already discovered or politically out of reach, attention shifted to developing new technologies to enhance recovery from existing fields, and to exploit new areas of non-conventional resources (heavy oil, tight gas, oil shales, tar sands) as well as resources located in such difficult environments as ultra-deep water or geologically complex regions (near salt domes or beneath rugged on-shore terrain).

CO₂ emission is an important constraint on the production and use of fossil fuels. Pilot projects have shown that capture and geological sequestration of carbon is possible, but the scale and the associated costs are daunting. Considerable fundamental research in geophysical imaging, rock physics, geochemistry, and fluid flow is needed to establish the feasibility of geological carbon storage at necessary scales.

Figure 1: MIT’s Earth Resources Laboratory (ERL) brings together expertise from the School of Science (Earth, Atmospheric, and Planetary Sciences (EAPS), and Mathematics) and the School of Engineering (Civil and Environmental Engineering (CEE)) to study subsurface reservoirs.  Examples:  Seismic imaging of fracture systems (at EAPS) provides critical input to multi-phase flow and reservoir simulations (at CEE); vice versa, such simulations  show which seismological parameters are most critical.  Continuous recordings of surface deformation using GPS and InSAR (Interferometric Synthetic Aperture Radar) along with subsurface seismicity are used to monitor subtle changes in the reservoir (at EAPS), whereas coupled mechanical and fluid modeling (EAPS, CEE) show how such changes can influence production.  Rock physics (EAPS) is integrated with numerical simulations (CEE) to produce a powerful computational framework for understanding, predicting, and manipulating rock-fluid interactions on a wide range of spatial and temporal scales.  EAPS seismologists and colleagues in the Math Department collaborate on theory of wave propagation in complex media and on efficient methods for inversion of ever growing data sets.

Figure 3a: Cartoon of salt dome with dipping sedimentary layers that can act as traps for hydrocarbons.  The steep sides (flanks) are difficult to image with conventional reflection methods.

Figure 3b: Salt flank imaging (for an oil field in the North Sea) with multiple scattering. Backgrounds: Seismic section produced using traditional reflection seismology – with this method, the salt dome shows up as a featureless blank spot and cannot be imaged in any detail.  Inset: the use of multiple reflections is making it possible to map the steep sides of the salt dome. (Courtesy Prof. Malcolm).

Figure 4: Induced seismicity (small dots) near injection and production wells in a geothermal field. The spatio-temporal pattern of such seismicity helps understand fracture systems and changes in stress within the reservoir.  In turn, these micro-earthquakes can be used as sources for tomographic imaging to determine the presence of fluids in the reservoir.

Figure 5: Continuous monitoring of changes in medium parameters.  If the elastic properties of a medium change over time, the empirical Green’s function for wave propagation between sensors in that medium will also change.  By measuring time shifts between Green’s functions at different times (inset), for instance at time t1 (red) and at a later time t2 (black), we can infer how much the propagation velocity between two sensors has changed.  We average over 30 days to enhance signal-to-noise.  The main curve tracks changes in propagation speed between two sensors (located at the deep ocean floor beneath the eastern Pacific) over a period of almost one year; a substantial change occurs around the time of a large earthquake on day 260.  (Courtesy Dr. Gouédard, EAPS, in collaboration with Drs. McGuire and J. Collins, Woods Hole Oceanographic Institution).