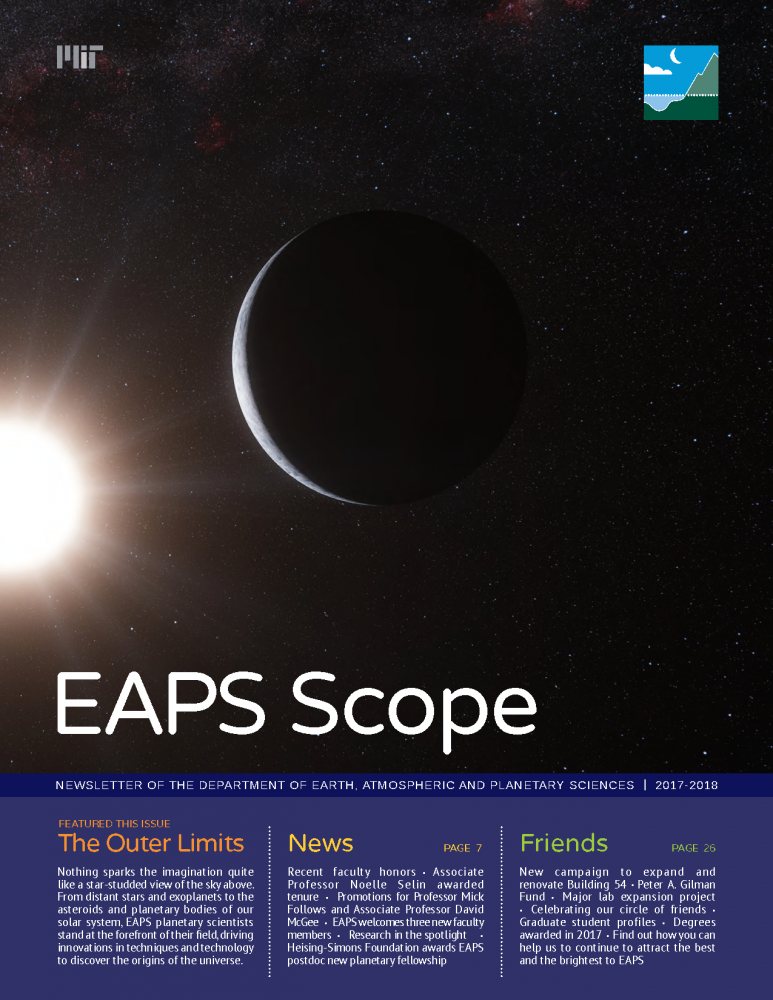 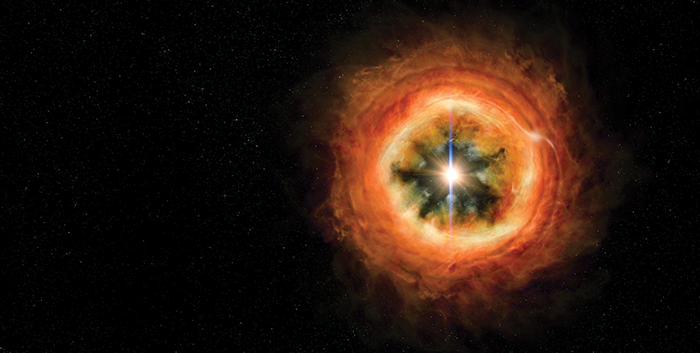 In the Weiss paleomagnetism lab, meteorites reveal clues about how—and when—the early solar system formed from a turbulent cloud of dust and gas.

This new estimate suggests that the gas giants Jupiter and Saturn must have formed within the first 4 million years of the solar system’s evolution. Furthermore, they must have completed gas-driven migration of their orbital positions by this time.

Weiss and MIT postdoc Huapei Wang, the first author of this study, reported their results in the journal Science. Their co-authors are Brynna Downey ‘17, Clement Suavet, and Roger Fu from MIT; Xue-Ning Bai of the Harvard-Smithsonian Center for Astrophysics; Jun Wang and Jiajun Wang of Brookhaven National Laboratory; and Maria Zucolotto of the National Museum in Rio de Janeiro.

By studying the magnetic orientations in pristine samples of ancient meteorites that formed 4.563 billion years ago, the team determined that the solar nebula lasted around 3 to 4 million years. This is a more precise figure than previous estimates, which placed the solar nebula’s lifetime at somewhere between 1 and 10 million years.

The team came to its conclusion after carefully analyzing angrites, which are some of the oldest and most pristine of planetary rocks. Angrites are igneous rocks, many of which are thought to have erupted onto the surface of asteroids very early in the solar system’s history and then quickly cooled, freezing their original properties—including their composition and paleomagnetic signals—in place.

Scientists view angrites as exceptional recorders of the early solar system, particularly as the rocks also contain high amounts of uranium, which they can use to precisely determine their age.

According to Weiss, “Angrites are really spectacular. Many of them look like what might be erupting on Hawaii, but they cooled on a very early planetesimal.”

Weiss and his colleagues analyzed four angrites that fell to Earth at different places and times: “One fell in Argentina, and was discovered when a farm worker was tilling his field,” Weiss says. “It looked like an Indian artifact or bowl, and the landowner kept it by this house for about 20 years, until he finally decided to have it analyzed, and it turned out to be a really rare meteorite.”

The other three meteorites were discovered in Brazil, Antarctica, and the Sahara Desert. All four meteorites were remarkably well-preserved, having undergone no additional heating or major compositional changes since they originally formed.

The team obtained samples from all four meteorites. By measuring the ratio of uranium to lead in each sample, previous studies had determined that the three oldest formed around 4.563 billion years ago. The researchers then measured the rocks’ remanent magnetization using a precision magnetometer in the MIT Paleomagnetism Laboratory.

“Electrons are little compass needles, and if you align a bunch of them in a rock, the rock becomes magnetized,” Weiss explains. “Once they’re aligned, which can happen when a rock cools in the presence of a magnetic field, then they stay that way. That’s what we use as records of ancient magnetic fields.”

When they placed the angrites in the magnetometer, the researchers observed very little remanent magnetization, indicating there was very little magnetic field present when the angrites formed.

The team went a step further and tried to reconstruct the magnetic field that would have produced the rocks’ alignments, or lack thereof. To do so, they heated the samples up, then cooled them down again in a laboratory-controlled magnetic field.

“We can keep lowering the lab field and can reproduce what’s in the sample,” Weiss says. “We find only very weak lab fields are allowed, given how little remanent magnetization is in these three angrites.”

Specifically, the team found that the angrites’ remanent magnetization could have been produced by an extremely weak magnetic field of no more than 0.6 microteslas, 4.563 billion years ago, or, about 4 million years after the start of the solar system.

In 2014, Weiss’ group analyzed other ancient meteorites that formed within the solar system’s first 2 to 3 million years, and found evidence of a magnetic field that was about 10-100 times stronger — about 5-50 microtesla.

“It’s predicted that once the magnetic field drops by a factor of 10-100 in the inner solar system, which we’ve now shown, the solar nebula goes away really quickly, within 100,000 years,” Weiss says. “So even if the solar nebula hadn’t disappeared by 4 million years, it was basically on its way out.”

The researchers’ new estimate is much more precise than previous estimates, which were based on observations of faraway stars.

“What’s more, the angrites’ paleomagnetism constrains the lifetime of our own solar nebula, while astronomical observations obviously measure other faraway solar systems,” Wang adds. “Since the solar nebula lifetime critically affects the final positions of Jupiter and Saturn, it also affects the later formation of the Earth, our home, as well as the formation of other terrestrial planets.”

Now that the scientists have a better idea of how long the solar nebula persisted, they can also narrow in on how giant planets such as Jupiter and Saturn formed. Giant planets are mostly made of gas and ice, and there are two prevailing hypotheses for how all this material came together as a planet. One suggests that giant planets formed from the gravitational collapse of condensing gas, like the Sun did. The other suggests they arose in a two-stage process called core accretion, in which bits of material smashed and fused together to form bigger rocky, icy bodies. Once these bodies were massive enough, they could have created a gravitational force that attracted huge amounts of gas to ultimately form a giant planet.

According to previous predictions, giant planets that form through gravitational collapse of gas should complete their general formation within 100,000 years. Core accretion, in contrast, is typically thought to take much longer, on the order of 1 to several million years. Weiss says that if the solar nebula was around in the first 4 million years of solar system formation, this would give support to the core accretion scenario, which is generally favored among scientists.

“The gas giants must have formed by 4 million years after the formation of the solar system,” Weiss says. “Planets were moving all over the place, in and out over large distances, and all this motion is thought to have been driven by gravitational forces from the gas. We’re saying all this happened in the first 4 million years.”

Read more about the research:
http://bit.ly/weiss-news