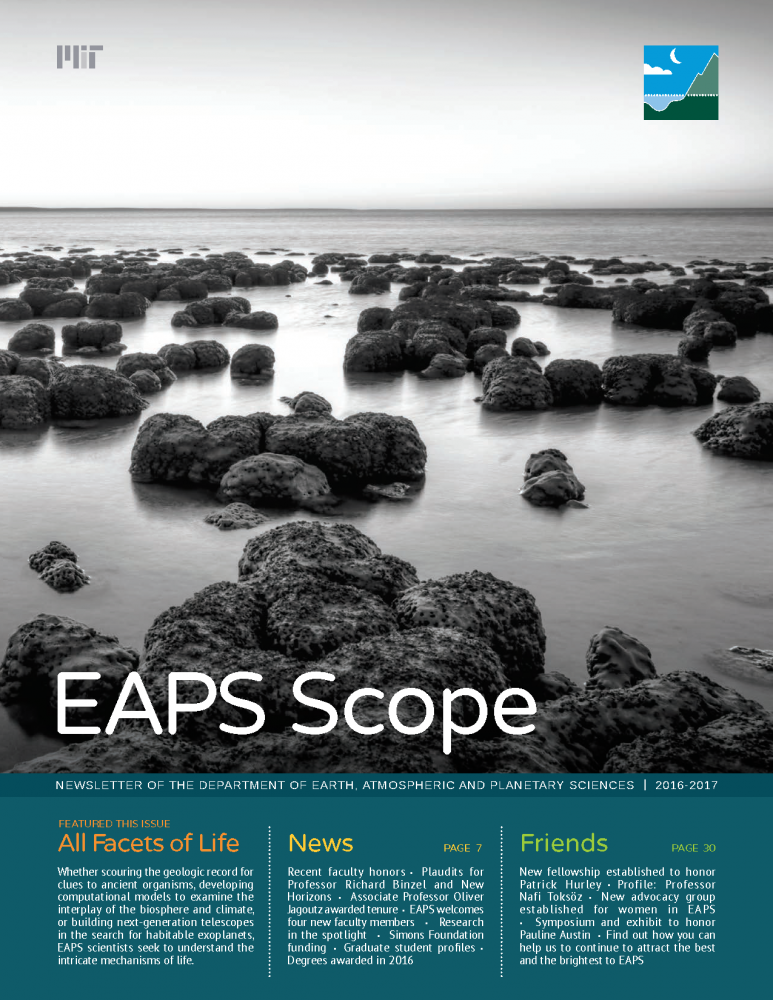 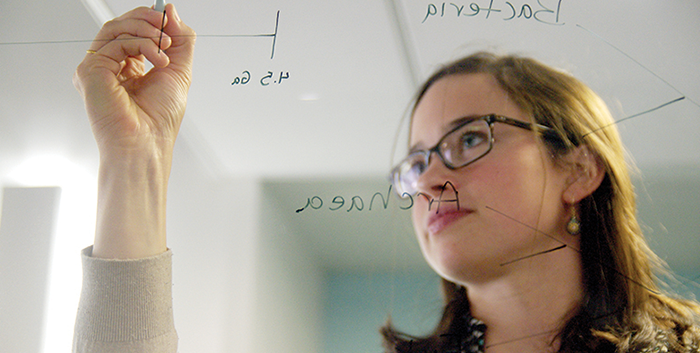 Using genomic data taken from living organisms, graduate student Danielle Gruen and members of the Fournier Lab are developing tools to link early Earth geochemistry with the emergence and evolution of microbial life, revealing the timeline of the earliest branches of the Tree of Life.

Today we live in a world dominated by microbes and their metabolic waste but gases like oxygen and methane—important to life and the carbon cycle today—were not always being produced by life. When the Earth was formed, roughly 4.5 billion years ago, it was barren, contained little or no molecular oxygen, and all methane was abiotic. So when and how did these global transformations take place?

In the Fournier Lab we are Earth detectives, historians, and biographers who examine and articulate the Earth’s story through the perspective of the genetic record. It is questions like the above that drive our research. Historians argue that we must study the past in order to understand the future—in the Fournier Lab we study history but it’s biological and planetary Earth history. By attempting to answer the “big” questions about the coevolution of life and Earth in the geological past, we seek to understand how life on Earth innovated in the face of persistent environmental challenges. Fundamental to this is exploring the effects of major changes to Earth’s biogeochemical cycles over geological time, and how these might evolve in the future.

Traditional geobiological sleuthing into deep time relies on digging deep into the Earth. However, even the oldest and deepest fossils and biomarker evidence that this uncovers are too young to constrain the emergence of microbial metabolisms in the distant past. Instead, we dig through giant databases of genetic sequences, employing stacks of computers called “clusters” to analyze millions of sequences from thousands of organisms. These gene and protein sequences of extant microbial life often contain genetic relics encoding evolutionary events that are intimately linked to the environments in which they evolved. Such molecular methods enable us to study the evolution of microbial life in much earlier windows of time than is possible through rocks and fossils alone.

One application of these molecular tools is to understand the emergence of oxygen in the Earth’s atmosphere. Geochemical evidence indicates that around 2.33 billion years ago (Ga) the Earth’s atmosphere became oxygenated. Two principle suspects are on trial for this in the scientific literature: geology and biology (in the form of microbial life.) Oxygenic life often offers up the alibi: I wasn’t there until later, I didn’t do it! However new tools are allowing us to read the molecular clock encoded in microbial DNA providing us with a way of interrogating life to find out when and where it appeared. If the molecular evidence indicates that oxygenic photosynthesis was widespread prior to the oxygenation of the Earth’s atmosphere, this would suggest that life, as the source of oxygen, played a significant role in changing our atmosphere so dramatically. The complex interplay between geology and biology also requires a merging of clues from both biological and geochemical proxies, something that is spawning multiple fruitful collaborations between the Fournier Group and others such as the Summons, Rothman, and Bowring Groups.

Molecular methods enable us to study the evolution of microbial life in much earlier windows of time than is possible through rocks and fossils alone.

To me, a graduate student working in the Fournier Group, one of the most perplexing metabolic mysteries revolves around methane. Methane is a potent greenhouse gas and an important constituent of the carbon cycle. However, we still don’t understand all of the sources of this gas, or how our modern carbon cycle evolved to be what it is today. Both Earth and life processes are capable of forming methane. For instance, in thick, dark sediments lurk microbes that are able to reduce single carbon compounds to methane. No other organisms can produce methane as a direct metabolic end product, and, the low energy yield from doing so makes for a poor way of life. It’s reported that the majority of methane today is microbial in origin. But how much is actually produced, and when did microbes evolve the capacity to utilize a diversity of nutrients in such deep, dark places?

This isn’t the first time methane-producing microbes have been implicated in a global “whodunnit” in the scientific literature. In Rothman et al. (2014) a burst of methane during the Permian-Triassic extinction, evidenced by a signature of isotopically “light” carbon in the rock record, was linked to the availability of an essential limiting element for microbes: nickel. Moreover, at this same time, it appears likely that one group of methanogens in particular, Methanosarcina, “stole” genetic information from bacteria by a process of Horizontal Gene Transfer (HGT) that allowed them to use the substrate acetate, a metabolism that is responsible for the majority of microbial methane production today.

While vertical inheritance passes genetic information from parent to offspring, HGT passes information between lineages, even if they are very distantly related—one process that drives antibiotic resistance in bacteria. We detect HGTs by identifying conflicts between gene and species phylogenetic trees, which indicate that some genes within genomes experienced a different history than the rest of the lineage.

We think that other pathways of methanogenesis might also have evolved via HGT, which would have had significant consequences for marine carbon and sulfur cycles. Even though methanogenesis is often considered one of the oldest metabolic pathways, we think that methanogens have continued to expand the molecules they use for energy production, even into the current Phanerozoic Eon.

While understanding the evolution of our planet and the life it harbors is our ultimate endeavor, in the absence of a time machine and using conventional tools, it is enormously challenging to discern the earliest history of life and Earth. I am loving the challenge of working at the cutting edge, developing new molecular methods to help tease apart the latent chapters of Earth’s deep time biography locked away in the genetic record.

Written by: Danielle Gruen | Read more about the research: http://bit.ly/earth-biography