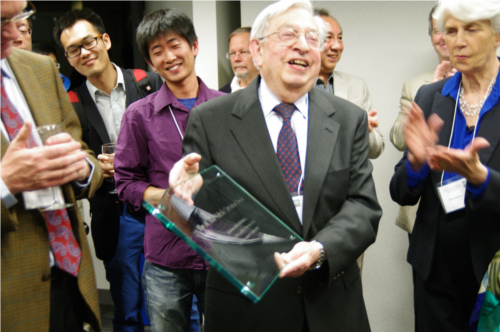 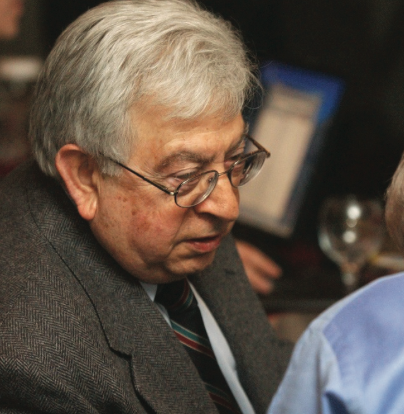 The oil crisis of the 1970’s brought home to Professor M. Nafi Toksöz the importance of growing global energy demand and the energy security of the United States. “I felt that MIT should and could play an important role,” Professor Toksöz said. This led the geophysicist to launch the Earth Resources Laboratory (ERL) in 1982. “It was important to have a focused center,” he said.

The lab develops techniques for subsurface imaging and characterization, and applies these to resource development, including oil and gas, water, geothermal energy, and waste repositories. Since its founding, it has become MIT’s center for subsurface energy science and is now an important contributor to MIT’s Energy Initiative.

To honor Professor Toksöz, the Department of Earth, Atmospheric and Planetary Sciences (EAPS) has established the M. Nafi Toksöz Fellowship Fund. The graduate fellowship will celebrate Professor Toksöz’s many scientific achievements and legacy of mentoring hundreds of students through his work as an academic advisor and housemaster at Baker House. Over the years, Professor Toksöz and the ERL have had a far-reaching influence on applied geophysics, and Professor Toksöz’s former students include a “who’s who” of leaders in the field in both industry and academia.

“And that is reflected in the kinds of careers his students have ended up with,” he said. “He trained them to not just have depth but also breadth, so when they got into industry they were able to handle a large range of problems.” 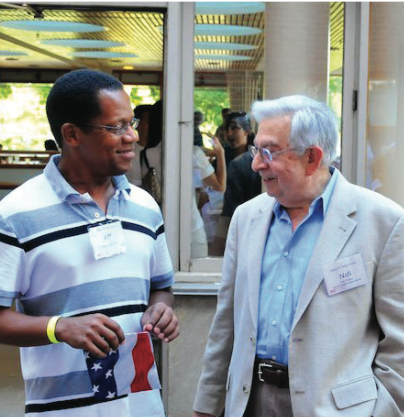 Professor Toksöz encouraged students to pursue interesting problems in seismology and helped them secure funding for their research, according to Cheng and Jie Zhang Ph.D. ‘97 (XII), Professor of Geophysics and Director of the Geophysical Research Institute at the University of Science and Technology of China (USTC), and Founder and Chairman of GeoTomo. “He also helped me and other students find opportunities to work with industry and government agencies during our student careers,” said Zhang.

Professor Toksöz developed models of wave propagation in heterogeneous media, helped define the field of borehole acoustic logging, and advanced vertical seismic profiling (VSP) and cross-well seismology. Professor Toksöz was awarded the Seismological Society of America’s Harry Fielding Reid Medal in 2006 and the Society of Exploration Geophysicists’ Maurice Ewing Medal in 2010. Professor Toksöz retired in 2009 as the Robert R. Shrock Professor of Geophysics after 44 years at MIT. He continues to be an active member of the faculty.

Zhang aims to replicate the broad-minded research and heartfelt mentorship Professor Toksöz brought to ERL at USTC’s Geophysical Research Institute. “Today, as a professor and the head of a geophysics program in China, I realize how difficult it is to create such an environment,” said Zhang. Given the large number of successful students Professor Toksöz has had over the years, alumni feel that a graduate student fellowship named after him is appropriate, said Cheng. “It reminds all of us that students are the main ‘product’ of MIT,” he said. The goal is to raise endowed funds to support at least one geophysics graduate student for an entire year forever. “In addition to honoring Nafi, an endowed fellowship will help ensure that EAPS remains a world leader in geophysics,” adds Zhang.

Professor Toksöz’ influence was also felt at MIT’s Baker House, where he was housemaster, with his late wife Helena, from 1969-1980. During their 11 years there, they adopted hundreds of undergraduates, helping them adjust and thrive at MIT.

“Professor Toksöz and his wife Helena set the tone at Baker with their warmth, support, and kindness,” said Yvonne Tsai ’78 VII.

Graduate students play a vital role in EAPS by conducting advanced research, teaching and mentoring undergraduates, and helping to attract world-class faculty. Fellowships provide graduate students with full funding for a nine-month period, including tuition, stipend, and health insurance. They allow us to train and nurture the best young scientists, regardless of whether their skills and interests match those of a pre-existing government or corporate grant. They are especially important as a recruiting tool for students, giving them breathing room to explore research options and to complete course requirements.

We invite you to join us in celebrating the achievements of Professor Toksöz by contributing to the M. Nafi Toksöz Fellowship Fund. Your gift in any amount is greatly appreciated.