MIT is proud to be on the list of 14 potential host institutions for the 51 Pegasi b Fellowship Program sponsored by the Heising-Simons Foundation (HSF). The program provides an opportunity for promising recent doctoral scientists to conduct novel theoretical, experimental, or observational research in planetary astronomy to advance our fundamental understanding of planet formation and evolution, solar system science, planetary atmospheres, protoplanetary disks, exoplanet science, or other closely related topics.

HSF anticipates awarding six to eight fellowships to be pursued at one of the 14 approved hosts. Each recipient will receive a three-year grant of up to $385,000 to cover salary, benefits, highly-flexible discretionary spending (e.g., travel, child care, personal computers, etc.), and indirect costs.

The Heising-Simons Foundation is committed to diversity, equity, and inclusion within its community and encourages applications from individuals who belong to groups that have been historically underrepresented in planetary sciences and astronomy such as women, persons with disabilities, racial and ethnic minorities, gender and sexual minorities, and others who may contribute to diversification of the field.

For complete information about this competitive program administered by HSF, visit the 51 Pegasi b website.

For more information on the potential for hosting 51 Pegasi b postdoctoral research in the Department of Earth, Atmospheric and Planetary Sciences at MIT, please contact Julien de Wit.

EAPS PAST 51 PEGASI B FELLOWS

Samuel Birch
Samuel joined the Taylor Perron group as a Heising-Simons Foundation 51 Pegasi b Fellow in 2020 and holds a PhD in planetary science from Cornell University. Birch explores and models the evolution of the surfaces of planets, moons and small bodies in the outer solar system, including Saturn’s largest moon, Titan, and the Comet 67P/Churyumov-Gerasimenko—two very different, icy worlds investigated by the spacecrafts Cassini and Rosetta. While at MIT, he will investigate deltaic and river dynamics, using a combination of theoretical, experimental and numerical modeling, atmospheric simulations, and a re-evaluation of Cassini data for evidence of the resulting landforms. This suite of studies will help them understand what a delta “looks” like and map their distribution, which may unveil a record of Titan’s climate history and reveal how liquid methane has molded its landscapes. 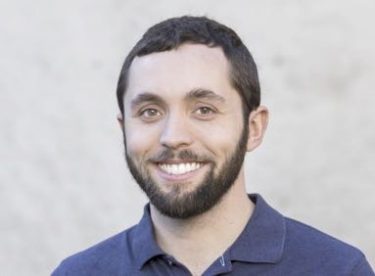 Jason Dittmann
Jason obtained a PhD in astronomy and astrophysics from Harvard University in 2016. In 2017 Jason was selected to join the inaugural class of the 51 Pegasi b Fellowship Program in Planetary Astronomy.  Jason brought his fellowship to MIT to work with Professor Sara Seager in MIT’s Department of Earth, Atmospheric and Planetary Sciences (EAPS) and as an MKI-affiliated postdoctoral fellow. Jason believes that forming a deep understanding of new worlds requires that we first understand their host stars. Through his work, Jason overcomes barriers to understanding nearby stars to better characterize their physical attributes and detect the new worlds orbiting them. His research focuses on small and cool stars, which are the most abundant type in the Milky Way Galaxy and often the best targets when searching for habitable exoplanets. Jason makes use of parallax techniques—applying multiple viewpoints to measure the distances to 1600 nearby stars, and then using these measurements to accurately determine the physical attributes of these stars and of the planets that may orbit them. He found that these small stars are similar in composition to our Sun, lending an important clue to what makes a star likely to have a planetary companion. 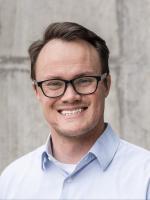 Benjamin Rackham
Benjamin received his PhD from the University of Arizona in 2018. He was a postdoctoral research associate at the University of Arizona before being awarded the 51 Pegasi b Postdoctoral Fellowship in planetary astronomy. Benjamin brought his fellowship to MIT in the fall of 2019 where he works with Professor Julien de Wit in MIT’s Department of Earth, Atmospheric and Planetary Sciences (EAPS) and as an MKI-affiliated postdoctoral fellow. He works on the detection and characterization of transiting exoplanets. He is interested primarily in small exoplanets around nearby small stars that afford the best opportunities for detailed atmospheric characterization, including searches for biosignatures with near-future telescopes. Starspots can mimic or mask atmospheric features in transmission spectra, and so Ben’s current work focuses on developing new approaches for constraining stellar photospheric heterogeneity and disentangling stellar and planetary signals in transmission spectra. 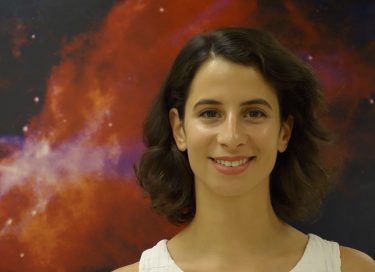 Clara Sousa Silva
Clara came to MIT in 2016 as a postdoctoral researcher to work with Professor Seager in MIT’s Department of Earth, Atmospheric and Planetary Sciences (EAPS). She was named a 51 Pegasi b Postdoctoral Fellow in 2019.  Clara is a quantum astrochemist whose research focuses on exoplanet spectroscopy and its applications to astrobiology. She did her undergraduate and masters degrees at the University of Edinburgh. In 2011 she moved to London and joined the ExoMol project (University College London) as a PhD student under the supervision of Professor Jonathan Tennyson. Clara’s interests lie in the molecular characterization of extra-solar planets and making science a more inclusive world, particularly for girls. Clara’s ultimate goal is to find a habitable planet outside the Solar System by working with a large, inclusive and diverse team of scientists. For her part, Clara wants to understand alien atmospheres by developing a sophisticated understanding of the impact different molecules have on an atmosphere’s spectra. Clara left MIT in October 2020 and is currently a 51 Pegasi b Postdoctoral Fellow at the Center for Astrophysics at Harvard.

Ian Wong
A visit to the Palomar Observatory as a first-year graduate student cemented Ian Wong’s commitment to observation and hands-on data collection. His observational research focuses on small, icy asteroids in the middle and outer regions of our solar system. Astronomers consider these primitive bodies to be the building blocks of planets, providing a window into the earliest stages of our solar system—and perhaps even into the origins of life on Earth. By studying the physical and chemical properties of these objects, Ian is working to infer details about the environment in which they formed, and uncover evidence that may support recent theories suggesting that the entire solar system once rearranged itself through a chaotic, dynamical event. Enhancing knowledge of our own solar system’s history in these ways can also help explain the observed diversity among exoplanet systems. In his fellowship, Ian will investigate Kuiper Belt objects beyond the giant planets, as well as the Trojan and Hilda asteroids near Jupiter. He will compare the composition of these bodies to test theories of solar system formation and evolution. His planned research coincides with the launch of Lucy, NASA’s first space mission to study Jupiter Trojans. Ian graduated from Caltech in February 2018 with a PhD in planetary science. 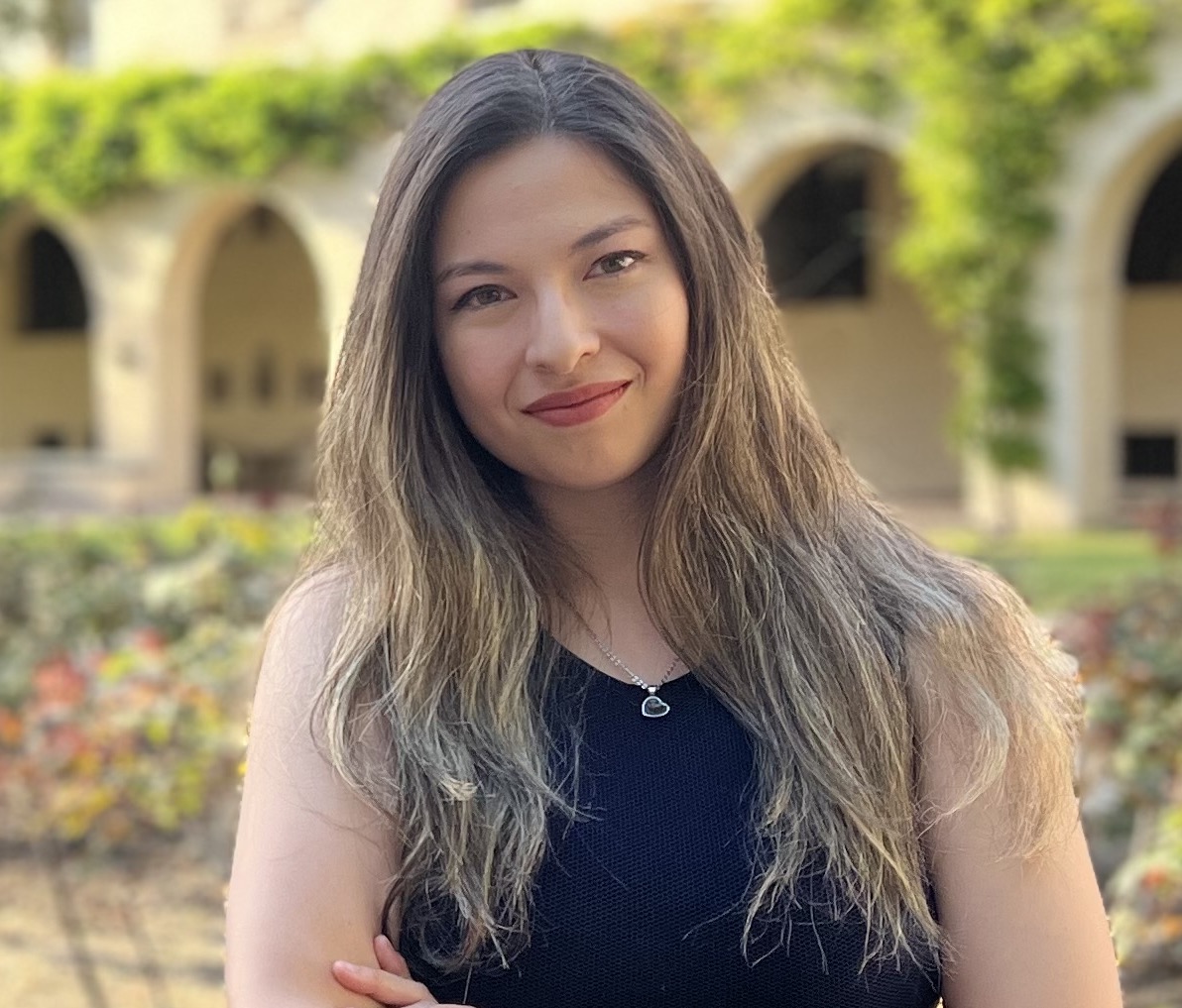 Eva Scheller
Eva received her PhD in geological and planetary sciences from the California Institute of Technology in 2022. She was selected as a 2022 51 Pegasi b Fellow to work with Professors Tanja Bosak and Ben Weiss in MIT’s Department of Earth, Atmospheric and Planetary Sciences (EAPS). Her research focuses on determining the fate of water on Mars to delineate key differences in the geological processes and habitability among terrestrial planets. In a breakthrough moment, she confirmed that most of Mars’ water was locked within its crust, overturning the predominant theory that it had escaped through the atmosphere. Eva later made key findings related to ancient water environments and organic compounds with the Perseverance rover. She also led a collaboration to synthesize the findings from an extended Perseverance rover mission to acquire samples from a sequence of ancient Martian rocks she characterized and defined. In her fellowship, Eva will continue to address enduring questions around water on Mars to place its history in context with other rocky planets by exploring how old liquid water environments may have affected the planet’s habitability, while also performing remote fieldwork using the Perseverance rover and using this data to model life-sustaining conditions on terrestrial planets with the aim to support future observations in the solar system and beyond.